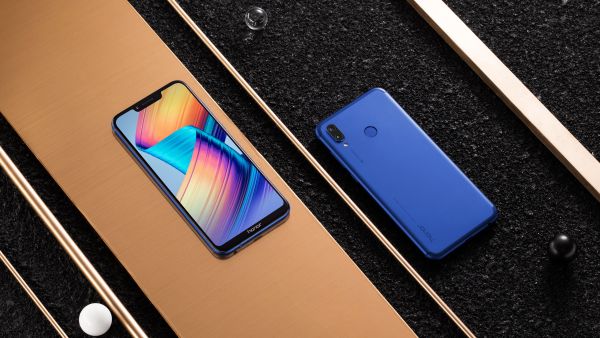 Honor has been awarded this year several times at IFA 2018 for the phone launched under the slogan "Crazy Fast, Crazy Smart", Honor Play. The first flagship smartphone released by Honor was appreciated for the GPU Turbo technology and for a full and excellent package of features that highlight vibration with AI (artificial intelligence) and the 6.3 "notch (top cut), which adds the value of gaming experience.

Honor is a young smartphone brand that brings added innovation to the public with online availability.

Android Headlines appreciated the high-quality performance and surprisingly affordable price of the smartphone, while Digital Trends recognizes its superior graphics quality and smart camera with the AI ​​function.

Likewise, Pocket-lint appreciates the incredible graphics performance of GPU Turbo technology and the extremely affordable price.
The T3 consider more important the technical features that bring more quality to the device: performance speed, 6.3 "FHD screen and hardware and software solutions for gamers.
Ubergizmo believes the device can be a remarkable competitor for other gaming smartphones due to the excellent price and powerful Kirin 970 hardware incorporated with GPU Turbo technology.
Gear Diary recommends gamers the Player of Honor Play edition for extraordinary design, while Geek Spin recommends the smartphone for increased performance, the complex package of technical equipment and the affordable budget it fits into.

So excellent performance is the one that recommends Honor Play, a quality for which Talk Android and Technobuffalo give it the "Best of IFA 2018" award.

In addition to the awards it has received at IFA, Honor Play has earned more than six editorial recommendations from the top tech industry media.

The smartphone was "the product recommended by Digital Trends," the "expert recommended product", "the product chosen by Pocket-lint." Also, the device was called from T3 "best gaming phone", receiving recommendations from technical consultants and many positive reviews. Honor Play offers gamers unprecedented gaming performance and an endless entertainment experience.
The global launch of IFA 2018 has provided to gamer communities and users in general with two superior smartphone technologies: the Honor GPU Turbo technology, which significantly increases the graphics and computing efficiency of the system and the system dual-camera that has the AI ​​function.
"We are happy to see Honor Play appreciated by both users and the media. The smartphone gives young people exactly what they need for an impeccable, endless experience of gaming and entertainment. Due to the recommendations from media and everywhere, I would like to think Honor Play is a leap before the industry needed to evolve " says George Zhaeo, President of Honor.
Honor Play was launched in Berlin in August this year and is a high-performance, medium-sized device whose design integrates the GPU Turbo, an innovative technology that greatly enhances graphics processing.
The product meets the demands of young gamers with lightning-fast graphics processing and minimal power consumption.

At the same time, Honor Play comes with a "huge" 6.3-inch FullView display that remarkably accounts for 89% of the entire device's surface, and a 3.750mAh battery that lasts at least 4-5 hours of activity.

Honor Play will be available at $ 1599 and can be purchased from the HiHonor.com platform on global markets including Western Europe (UK, France, Germany, Italy and Spain), Central and Eastern Europe, Europe North, Middle East, Russia, India and Asia Pacific.