In the meeting, the NBR Board examined and approved the February 2022 Inflation Report, which incorporates the most recent data and information available

The Board of the National Bank of Romania, having convened for the meeting of 9 February 2022, decided:

• to keep the existing levels of minimum reserve requirement ratios on both leu- and foreign currency-denominated liabilities of credit institutions.

The annual inflation rate climbed to 8.19 percent in December 2021, from 7.80 percent in November, rising even higher above the upper bound of the variation band of the target, mainly as a result of further hikes in energy prices.

In 2021 Q4, the annual inflation rate saw a new pick-up (from 6.29 percent in September), more modest however than in the previous period, given the capping and compensation of energy prices for households starting with November. This time again, the rise was mainly caused by exogenous CPI components, particularly by the hikes in natural gas and electricity prices, as well as in fuel prices – primarily on account of the non-petrol-diesel subgroup –, to which added more modest influences from VFE prices and administered prices.

The annual adjusted CORE2 inflation rate followed a slightly higher upward path in 2021 Q4, also compared with the forecasts, reaching 4.7 percent in December from 3.6 percent in September. This has further reflected the effects of the rise in agri-food commodity prices and energy and transport costs, as well as the influences of persistent bottlenecks in production and supply chains, compounded by increasingly higher short-term inflation expectations and the large share of imported goods in the CPI basket.

The new statistical data reconfirm the slowdown in economic growth in 2021 Q3 to 0.4 percent from 1.5 percent in Q2, contrary to expectations, which makes it likely for excess aggregate demand to have shrunk in this period to a much lower-than-forecasted value, also due to the notable downward revision of statistical data on economic growth in 2021 H1, which implies as well that in Q2 the pre-pandemic GDP level was surpassed by a relatively more modest margin.

At the same time, the decline in annual GDP growth to 7.4 percent in Q3 from 13.9 percent in Q2 is reconfirmed, being markedly sharper than anticipated in November 2021. Annual GDP dynamics remained however high from a historical perspective, mainly on the back of private consumption, but also of the unusually large contribution made by the change in inventories, whereas gross fixed capital formation posted a small drop against the same year-earlier period, for the first time in the past 11 quarters. Moreover, net exports further made a negative contribution to annual GDP dynamics, yet this narrowed notably versus the previous quarter, even amid a somewhat faster decline in the annual change in exports of goods and services than that in imports thereof. However, trade deficit deepened in annual terms at a much stronger pace in Q3, given the relatively more unfavourable developments in the prices of imports.

Recent developments and analyses point to a slowdown in economic growth in 2021 Q4 as well, also in the context of the fourth pandemic wave, the energy crisis and production and supply bottlenecks, entailing the fall in annual GDP dynamics to a significantly lower value than that anticipated in November 2021.

The significant deceleration in the annual growth rate of retail trade October through November 2021 is relevant, only partly counterbalanced by the opposite evolution of market services to households and sales of motor vehicles. Moreover, the annual dynamics of industrial output visibly re-entered negative territory in this period, while the annual growth rate of new manufacturing orders halved against the Q3 average. However, the volume of construction works saw its annual contraction narrow, while the annual dynamics of exports of goods and services fell somewhat faster than those of imports, but solely as a result of more unfavourable developments in external prices. Against this background, the trade deficit further recorded a faster increase in annual terms, while the current account deficit stepped up its annual dynamics, also following the worsening of the secondary income balance. Thus, the current account deficit for January-November 2021 stood 57 percent higher than in the same year-earlier period.

In 2021 Q4, labour market developments reflected the influences from the persistent bottlenecks in global production chains and higher energy and other commodity costs, as well as those from the fourth pandemic wave, which worsened the public health crisis domestically, calling also for the reimposition of certain mobility restrictions. Nevertheless, incoming data and survey results indicate a more obvious increase in labour shortage in January 2022 – up to a level that is, however, well below the peak seen in 2019 –, as well as more solid employment intentions over the near-term horizon as compared to 2021 Q4, with possible implications for wage renegotiations, especially in some sectors, also amid the fast rise in inflation rate.

Looking at the financial market, the main interbank money market rates remained relatively steady following the key rate hike in January, at levels close to two-year highs. At the same time, yields on government securities almost stopped their overall upward movement in the first month of the year, yet they remained significantly above those in the region, particularly on longer maturities. The EUR/RON exchange rate posted a slight downward adjustment in January, albeit far more modest than those observed in the region, mainly on the back of a temporary improvement in the international financial market sentiment. Financial conditions tended, however, to tighten on the external front, amid the decisions and signals on the swifter normalisation of the monetary policy conduct by major central banks.

The annual growth rate of credit to the private sector climbed further in December 2021, albeit visibly more slowly, reaching 14.8 percent from 14.6 percent in November, solely due to the component in local currency. Leu-denominated loans saw their annual dynamics accelerate further, to 19.6 percent in December from 19.0 percent in November, also backed by government programmes, with their share in total thus widening to 72.4 percent.

In today’s meeting, the NBR Board examined and approved the February 2022 Inflation Report, which incorporates the most recent data and information available.

The current scenario, which is based on the available data and the regulations in force, shows a considerable worsening of the short-term outlook for inflation, under the strong impact of supply-side shocks, mainly of energy prices, as the forecasted path of the annual CPI rate has been again revised markedly upwards over the short-term horizon. Specifically, the annual inflation rate is expected to significantly accelerate its growth in 2022 Q2 and thus rise to a double-digit value, mainly as a result of far higher increases in natural gas and electricity prices, which will be strongly manifest after the withdrawal in April of compensation schemes for household consumers. Moreover, thereafter, the annual inflation rate will decrease probably only gradually, on a much higher-than-previously-forecasted path, but will witness a relatively steep downward adjustment in the first part of next year and return inside the variation band of the target in 2023 Q4, due to sizeable base effects, as well as to far lower values of the aggregate demand surplus foreseen over the forecast horizon and progressively declining as of mid-2022. Under the circumstances, the annual adjusted CORE2 inflation rate will probably continue to increase slightly for a few months, but will subsequently enter a somewhat more pronounced downward path than previously anticipated, before declining below the prior forecast at the end of the projection horizon.

The compensation schemes for electricity and natural gas prices for households, presumed to be applied until March 2022, will entail an uneven path of the annual inflation rate over the short-time horizon. Thus, it is anticipated to decline very mildly January through March, before witnessing a significant leap in April, once prices return to contractual levels. The features of the support schemes are however uncertain, with a possible change in their duration and/or content being likely to affect markedly both the level and the future path of the annual inflation rate, especially in the short term. Moreover, significant uncertainties are still associated with how the impact of these schemes is assessed and included in the CPI calculation, and notable risks continue to come from developments in commodity prices, particularly of energy and agri-food, also amid the Russia-Ukraine geopolitical situation, as well as from persistent bottlenecks in production and supply chains.

Uncertainties continue to stem from the evolution of the pandemic as well, given the still-ascending phase of the current wave, triggered by the more contagious Omicron variant of the coronavirus, yet less virulent, implying a lower and abating severity of related restrictions, including in many European countries. Furthermore, a major source of uncertainties and risks remains the absorption of EU funds – especially those under the Next Generation EU programme – that is conditional on fulfilling strict milestones and targets for implementing the approved projects.

At the same time, uncertainties and risks are also associated with the fiscal policy stance, given the coordinates of this year’s budget programme, aiming at the progress in fiscal consolidation in line with commitments under the excessive deficit procedure, yet in a challenging economic and social environment domestically and globally.

The NBR Board decisions aim to anchor inflation expectations over the medium term, as well as to foster saving through higher bank rates, so as to bring back the annual inflation rate in line with the 2.5 percent ±1 percentage point flat target on a lasting basis, in a manner conducive to achieving sustainable economic growth in the context of the fiscal consolidation process.

The NBR closely monitors developments in the domestic and international environment and stands ready to use the tools at its disposal to achieve the fundamental objective of price stability in the medium term.

The new quarterly Inflation Report will be published on 11 February 2022 at 10:00 a.m. The account (minutes) of discussions underlying the adoption of the monetary policy decision during today’s meeting will be posted on the NBR’s website on 21 February 2022 at 3:00 p.m.

The next monetary policy meeting of the NBR Board will be held on 5 April 2022. 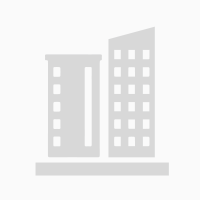